High Count Vidimir Tefu hails from the province of Brumm in the west of Tuscawny. While we could talk about Brumm's perilous sheer cliff-face mountains and its penchant for tighter security on its provincial borders than on the borders of the kingdom itself, what Brumm is really known for is its backstabbing nobility. 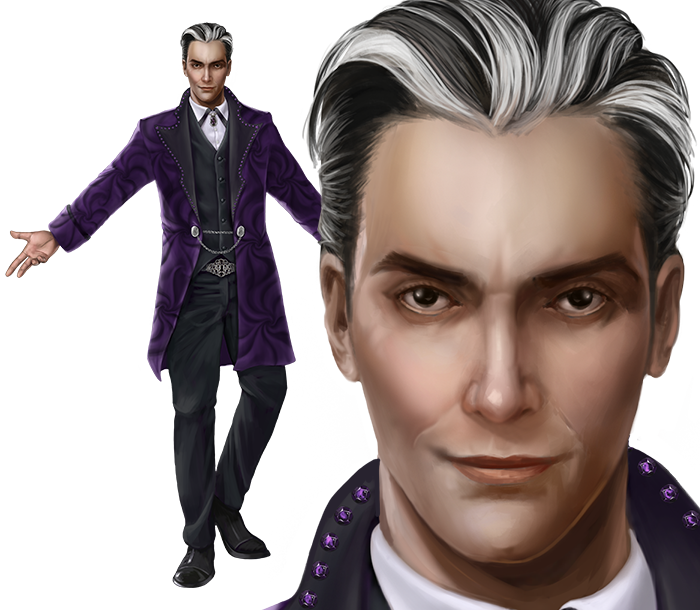 In fact, few are even sure who has a claim to Tuscawny's throne, due in part to a king known for having myriad affairs over the years, as well as to generations of constant infighting and intrigue among these nobles. Any of them could well be a legitimate heir to Tuscawny's throne... and many make that claim, though any evidence to support their claims tends to either disappear, or turn up dead.

Vidimir is no exception to this brutal nature; in fact, he epitomizes it. Each tiny gem lining his coat is made of byrne, allowing him the use of chilling darkfire at any time. If the clothes make the man, this man is practically made of Void energy.