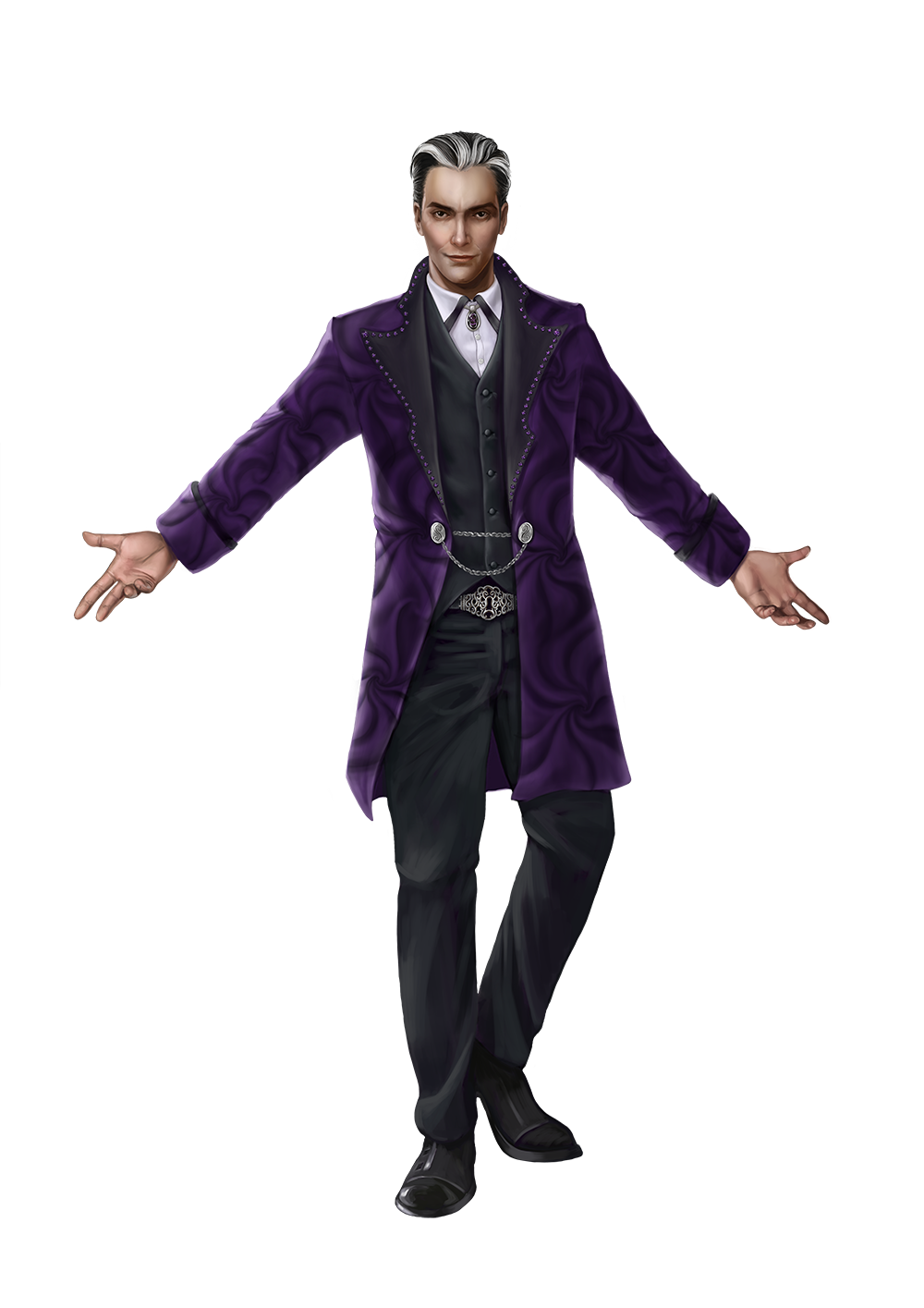 Get a unique experience each time you visit!  The artwork above randomizes, providing you with a different experience with every viewing of the site. All quotes are actual lines used in the novels.

"For every man who claims he’s the best, another stands eager to prove him wrong. It comes down to this: you will retrieve what I seek, or someone else will. And be assured that your kingdom will remember those who answered the call to service…and those who did not."
—Vidimir Tefu in Heroes of Time Legends: Murdoch's Choice 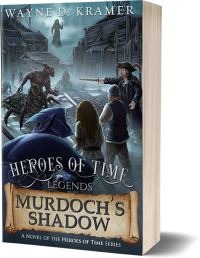 NOTE! If you pre-ordered Murdoch's Shadow through Amazon, click here to find out how to get your preorder bonuses!

"Your ancestor, Captain, played a large role in ending the Shadow Age. You, all these thousands of years later, may have brought it back upon us."
-Wulfe

Murdoch's Shadow is approximately twice the length of  Murdoch's Choice, and takes the adventure—and the stakes—to a whole new level!

Captain Murdoch is one of the most successful seafaring merchants in the prestigious mercantile guild of Warvonia.  He and his crew specialize in the retrieval of high-value cargoes for top-paying clients, often including officials of the kingdom.

When not sailing the seas, Zale enjoys spending time with his wife, Lola, and Lola's granddaughters, who all know him as a playful, fun-loving Pop-Pop.  Often the children will gather round as Zale tells tales of his many great adventures, stories of the seas, and rhymes from his childhood.

Zale has had a rocky relationship with his own daughter, Starlina, who grew up resenting her father's love for an occupation that frequently kept him away from home. 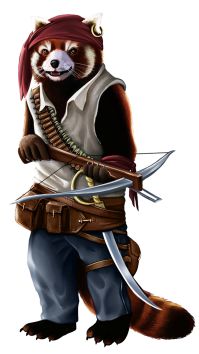 Rakakeetacha is a red-panda anthropod who gets tangled up with Zale during one of his adventures.  Zale gave him the nickname "Boomer," because it was much easier to say.

Boomer's speech is very broken and difficult for most to comprehend.  Zale is one of the few who is able to understand.

He's an aggressive fighter and a sure shot with his miniature crossbow.

Despite being a little hellion, Boomer is extremely loyal and capable of affection.  He's also capable of ripping off your face.

Sign up for the Newsletter for special offers, updates, and lore drops!
See also the Murdoch's Shadow project page. 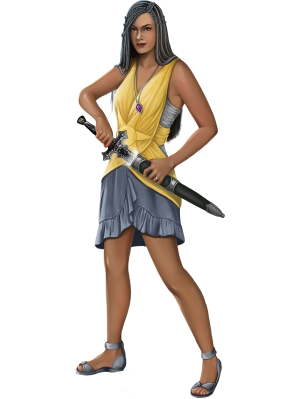 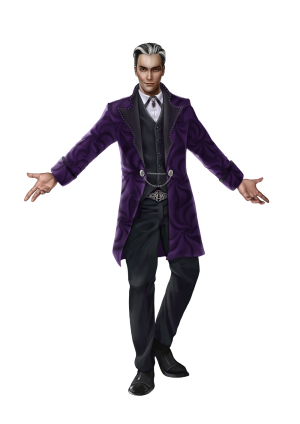 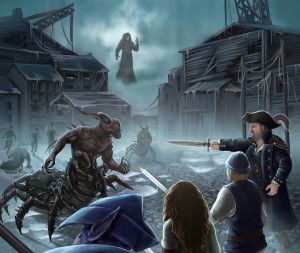 About Book One: Murdoch's Choice

The Inspiration Behind Captain Murdoch

Connect with Heroes of Time!